Amid all the bitter news about leasehold rip-offs it’s important to remember that the solution already exists. Commonhold was introduced in 2002, as part of the Commonhold and Leasehold Reform Act.

It wasn’t mandatory so developers didn’t have to use it. And why would they? Their typical response was probably, ‘thanks, but no thanks. How can we turn our leaseholds into an offshored investment asset if leaseholders are given more rights?’

In law a leaseholder just rents their home – albeit for a long period of time of 99 years or so. But under Commonhold the flat is actually legally owned, and arrangements similar to leasehold are made for maintenance of common parts. 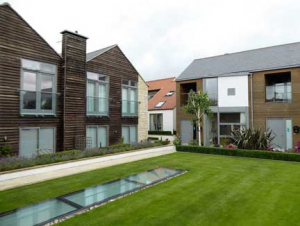 Spire View in Yorkshire is one of just 15 commonhold developments in the UK. Residents currently pay £2000 per year in service charges and 0.75% of the sale price into a contingency fund.

Some form of Commonhold is used in the US, Australia, Scotland and actually most other countries. England & Wales are two of just six still using this feudal system. Let’s hope

To talk about how Walthamstow leaseholders can contribute to Sajid Javid’s consultation on leasehold reform, join us at the the Bell, Forest Rd from 7pm on Weds 9th August.