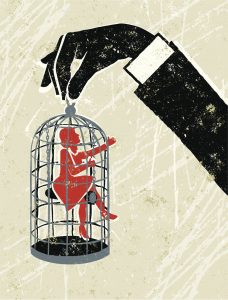 Sajid Javid’s consultation on leasehold reform ends 19 September. Have your say now! You can complete a short survey here or send your views directly to LeaseholdHousesConsultation@communities.gsi.gov.uk.

The trigger was the leasehold houses scandal but it was the growing campaign against leasehold from LKP, and the APPG that helped bring it to the attention of the media and government.  This House of Commons briefing document is evidence of their work.

Here are some suggestions –

1. Leasehold houses are just the tip of the iceberg.
They made the headlines but flat owners face the same abuses, and abolishing leasehold just on houses is nowhere near enough.

2. Ground rent escalations should be outlawed for new builds and capped for existing leases.
They do not need to be linked to inflation because they are not payments in respect of any service whose cost may increase. Service charges (like admin, permission fees) are chargeable in addition to ground rent.

Leaseholders can be trapped by ground rent escalations when they decide to negotiate a lease extension directly with the freeholder – either to save professional fees, or because they want to sell and speed is important. People who extend their lease through the Act are entitled to a zero ground rent, but this legal protection does not cover the informal route and the freeholder is not obliged to tell a leaseholder their rights under the law.

3. Simplify the cost of lease extension with a transparent formula.
The current arcane algorithms encourage costly disputes between surveyors that the leaseholder can rarely afford. The Mundy case is an ongoing appeal as to which mathematical model is correct. Chartered surveyor James Wyatt of Parthenia challenged the current model on grounds of overpricing but lost , and is now appealing the judgement.

This is why many leaseholders choose the informal route – putting them at risk of inflated or escalated ground rents which in the long run will cost them more.

4. Abolish marriage value.
Leases below 80 years attract ‘marriage value’ – a surcharge that simply monetises the power of the freeholder, the lack of options for the leaseholder and the feudal nature of the leasehold relationship. The theory is that the freeholder deserves to be compensated for the postponement in the return of the title. Yet the loss is far greater to the leaseholder, who is normally repaying a mortgage with interest for the right to live on the land.

Extending the lease of a typical one-bed Warner flat with 60 years left and £100 pa ground rent would cost £40-44,000, and this would keep rising year on year. If the owner can’t raise this, they are stuck with a wasting asset that continues to decline in value.  It would be more with a higher ground rent or one that includes an escalator clause. Low-lease properties tend to be bought by landlords. A high number of rental properties can lead to rapid turnover and lack of commitment to the neighbourhood resulting in a net negative effect on the commnuity.

5.Regulate arbitrary event fees.
These are charges for things like permission, or exit fees in reetirement homes. There should be a fixed fee for giving permission, and if the freeholder/managing agent thinks it should be more, they should be required to make their case to the tribunal. The onus should be on the freeholder to justify their costs, rather than the leaseholder to challenge it.

6. Provide better dispute resolution.
Lots of evidence (from the All Party Parliamentary Group on Leasehold Reform and LKP) shows the First Tier Property Tribunal is too expensive for most leaseholders (min £8k legal fees), is biased towards freeholders, and lacks effective powers. For instance it can’t issue fines for repeat offences and can’t take evidence under oath.

7. Ban freeholders from claiming back their legal costs from the leaseholders who challenge them at a tribunal.
It’s common practice and this ‘blowback’ is by far the biggest disincentive to any leaseholder trying to obtain justice.

8. Transparency on insurance.
Freeholders should provide three quotes for any policy leaseholders are required to pay, and should be legally required to disclose any kickbacks or commissions. Freeholders should not be allowed to include corporate manslaughter in a policy that leaseholders are required to pay. This is a moral hazard as it allows the freeholder to pass on the cost of their negligence, and any subsequent penalties.

9. End leasehold on all new buildings and replace with Commonhold.
Commonhold was introduced in 2002 as a fairer alternative, but developers haven’t embraced it. Obviously they prefer the abundant opportunities in leasehold for ripping off leaseholders. But the ground rent scandal shows this has gone too far.