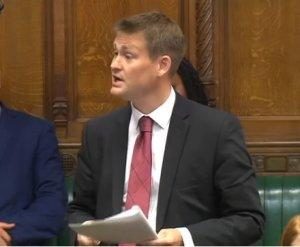 This summer the behaviour of Taylor Wimpey and other unscrupulous developers propelled leasehold reform onto the front pages of every newspaper. Developers had sold houses as leasehold, sneaked doubling ground rents into the lease, sold the freehold to third parties without giving the leaseholder first refusal, and pushed buyers into the arms of dodgy solicitors who agreed to keep mum about all of the above.

The scandal erupted in the constituency of Justin Madders, MP for Ellesmere Port & Neston and on 07 November he began the fightback on behalf of constituents with the first reading of a bill with three key reforms. Full text here

First, it caps the cost of buying a freehold at ten times the ground rent and introduces a simple formula that will reduce the need for surveyors. Currently leaseholders are required to pay for the freeholder’s surveyor. As Madders puts it “We have the indefensible situation of people footing the bill for the costs of professionals, whose job is actually to maximise the amount of money they will take off those people.”

The second provision addresses another power imbalance by supporting effective dispute resolution. Right now too many leaseholders don’t even try to get justice at a tribunal because they could end up paying the legal costs of their freeholder. The bill removes this risk of ‘blowback’ and prevents freeholders from passing on their legal costs.

Finally he calls for a system of compensation for leaseholders given bad advice by their solicitors. Developers offered to pay buyers’ legal fees if they used their preferred solicitors. As a result some buyers now have toxic assets with escalating ground rents, and no access to the freehold.

The bill has the support of Walthamstow’s MP, Stella Creasy who says “Leasehold reform is long overdue – thousands of Walthamstow residents face all manner of problems from management companies who all too often use freehold agreements as a license to print money. I will keep working with other MPs to help raise these issues with Ministers to urge them to act – and working with the Walthamstow Leaseholders Groups to make sure companies know our community won’t accept them ripping off local residents”.

The second reading will be on 2nd Feb next year.