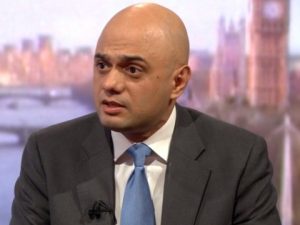 Sajid Javid has asked his department (DCLG) to work with the Law Commission to make buying a freehold or extending a lease much easier, faster and cheaper. Following a consultation on leasehold earlier this year, Javid, the Minister for Communites and Local Government has today acknowledged the problems raised, and has issued some promising calls for reform.

Thanks to every leaseholder who took part in the consultation, Javid now appears to understand the scale of the problem. “It’s unacceptable ” he said “for homebuyers to be exploited through unnecessary leaseholds, unjustifiable charges and onerous ground rent terms. It’s clear from the overwhelming response from the public that real action is needed to end these feudal practices.”

The government has promised that a new formula for calculating leasehold buyouts will be in place by the end of 2018. This, if it goes ahead, would be life-changing for those leaseholders on short leases of 70 years or less, where the cost of extending has become prohibitive, and the property becomes difficult to sell.

Peter Bottomley, MP For Worthing and one of the earliest campaigners for leasehold reform, wants to end the gravy train for professionals who currently advise on lease valuations, and sweep away jargon like hedonic regression and marriage value in favour of calculations that are simple and cost-free.

There are also proposals to end leasehold for new build houses, and cut ground rents to zero for all new apartments, addressing the rip-offs uncovered in Justin Madders’ constituency this year.

Sebastion O’Kelly of Leasehold Knowledge Partnership welcomes the proposals but adds “There is plenty of wriggle room here as the issue is referred to the Law Commission, where doubtless the sector and its grisly trade bodies will have their baleful influence.” It will be important to keep the issue live in the coming year but hopefully we will look back on 2016 as the beginning of the end of feudal practices!